skip to main | skip to sidebar

There are many fences in our lives, that keep things out or keep things in,
so, grab a chair and let's begin.
* 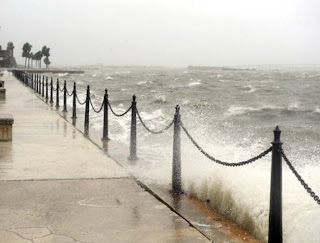 Let the winds blow. Let the storm exert its power.
We shall stand, united, even in our darkest hour.
* 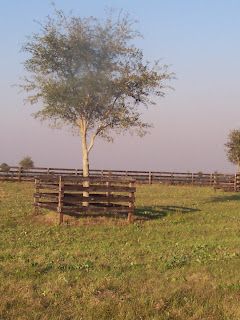 A fence encloses a single tree.
Sometimes I feel like one's around me.
* 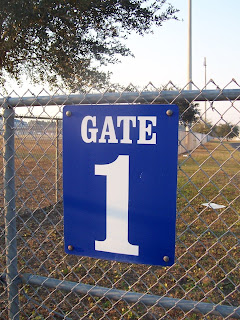 Some fences join with numbered gates,
controlling lines of fans, who wait.
* 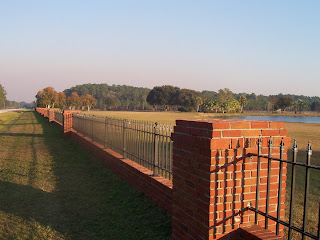 A fence that's made of iron and bricks,
is much, much stronger than wire or sticks.
* 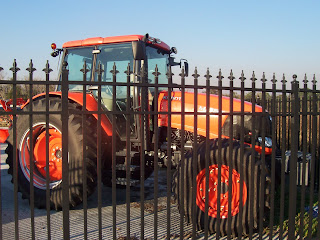 The chance of theft is not a factor,
when iron bars guard this brand new tractor.
* 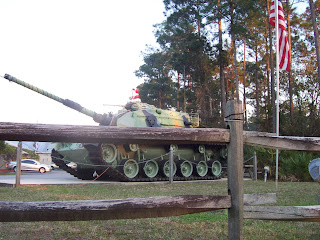 A fence that's made of wooden planks,
is really no threat to an angry tank.
* 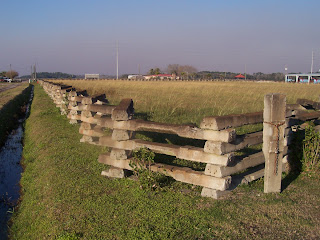 Hundreds and hundreds of railroad ties!
At first, I couldn't believe my eyes!
* 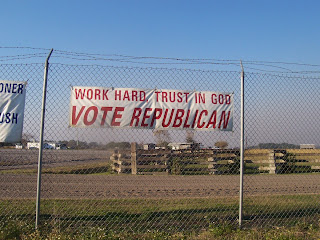 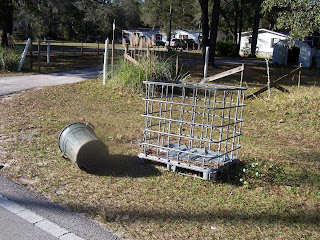 Once fenced in, this rubbish can,
has been set free by the garbage man.
* 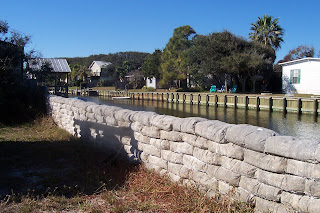 Cement bags all stacked in a row,
by a canal where tidewater flows.
* 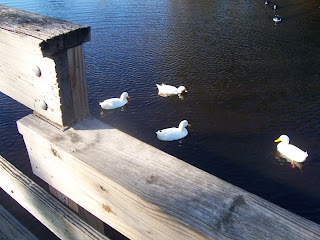 Quack! Quack! The ducks are dense,
just, outside this wooden fence.
* 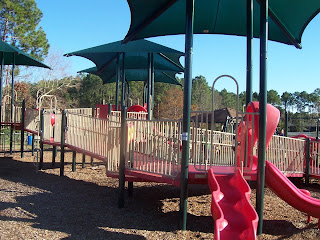 Little children, safe and sound,
fenced in, running up and down.
* 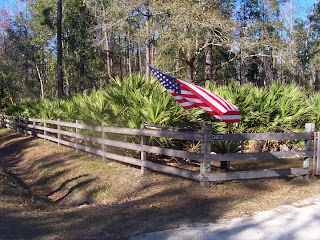 How could we end this fencing story,
without a look at proud, "old glory."
* 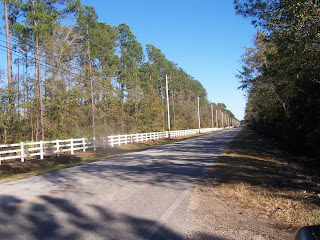 "Now, the boys all thought that I'd lost my sense.
Those telephone poles were like a picket fence."
Lyrics from "Hot Rod Lincoln" 1957
I know this is going to hurt.....but, if you remember that, you're old as dirt. 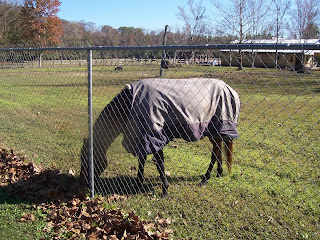 When Florida suffers from very cold weather,
Our horses, all, go and grab their sweaters.
* 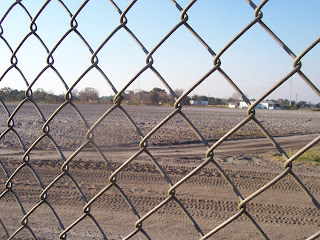 We have fences where we plant our "taters".
* 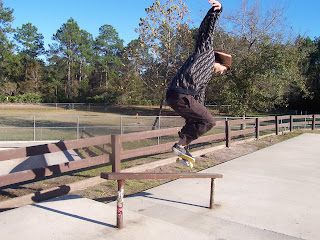 We even have fences surrounding our skaters,
* 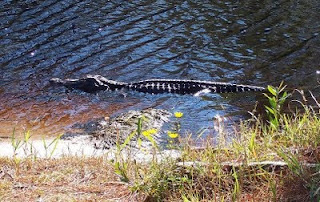 But, there are no fences around our gators!
****
Ya'll come! Thanks for visiting.
The Whatzit is an Iron Concretion found near Escalante, Utah, in what is now the Grand Staircase National Monument. (Utah folks call them Moqui Marbles, after the Moqui Indians that inhabited that area in the past) Concretions like this were even discovered on Mars. It was one of the most monumental discoveries by the Robot Rover, sent there by NASA. It was part of the evidence indicating that there was water on the planet. (Nasa named the Mars Blueberries.)
Posted by Gordon at 7:08 PM

If You Build It They Will Come!

Gordon
Looking for the next great adventure.